we provide some tips for your old smartphone

Updating to the latest version of Android or iOS can give your smartphone its best chance of living out the rest of its days optimized for the newest apps, games and services available.

When a phone launches, it ships with a specific version of the operating system – Android 9 Pie or iOS 12 for instance. Every year, a major new version of the OS is announced which will be made available to older devices.

In addition, security updates are released every month or so, and users unearth bugs, which are also addressed in updates.

Everything comes together in the form of roughly monthly updates that keep phones running smoothly and securely for months or years after they’re released. So whether it’s a major new software release or a patch-up job, chances are it’s well worth installing.

How to update system software

Whether you’re using aniPhone or an Android smartphone, to check to see if it’s up to date jump into the settings, type ‘update’ in the search bar, and follow the on-screen instructions.

Android and iOS devices will allow you to manually check for updates, which we would recommend doing if you haven’t had an update for a while.

As a rule of thumb, most Android phones get one major software update in their lifetime, plus of smaller ones. Meanwhile, iPhones can get as many as four major updates, which is one reason why iPhones generally have comparatively higher resale values than their Android counterparts.

Keeping their apps up to date enables app developers to fine-tune the performance of their software for different smartphones.

Updates are frequently pushed out to fix bugs and add new features, keeping them optimized for all the devices they run on – or at least that’s the theory.

This is especially important for users of Android phones, as Android apps have to work with handsets from many different manufacturers, and with different screen sizes and resolutions, meaning there’s potentially greater scope for incompatibility.

How to update apps

If you’re an Android user, just open up the Google Play Store, tap the three horizontal lines at the top-left of the screen and select ‘My apps & games’.

Here, you’ll find a big green button labelled ‘Update all’ – tap it and you’re on your way to the freshest versions of your apps that are available.

As for iPhones, open the App Store, click the tab labelled Updates and hit the ‘Update all’ button.

After a year or two with a phone, you’ll be amazed at how much space old documents, cached pictures and unused apps can take up, and this can result in anything from impaired performance to low-storage alerts.

Fun fact: when you browse the web, your phone can save versions of every picture it displays without you even knowing about it, not to mention all your browsing data.

This might sound scary, but it’s for your benefit – not having to re-download content saves you both time and mobile data when you revisit a site.

Helpfully, both Google and Apple provide onboard tools to help keep you spring-clean your smartphone browser with the press of a button.

How to the clear browser cache on Android and iOS

If you use Chrome on iOS or Android, open it up and go into the app settings. Scroll down and tap ‘Privacy’. Next tap ‘Clear Browsing Data’. Here, you can choose which types of browsing data you want to clear.

The top two boxes will erase your browsing history and saved passwords – you probably don’t want to select these. Instead, make sure ‘Cached images and files’ is selected, as in the image above – this is the storage hungry-component of any web browser. Finally, press the ‘Clear Data’ option.

A bonus tip forAndroid users – you may also want to clear unused files in your downloads folder, which you can do using a file explorer, like Google’s Files. Navigate to the Downloads folder, and here you can manually clear all the clutter that’s collected over your phone’s lifetime.

UseSafari on your iPhone? Open the phone settings, find ‘Safari’ and choose ‘Clear History and Website Data’ to clear your cache and lighten the load your browser places on your old phone

Apps that haven’t been used for a few weeks should be uninstalled if you’re using old hardware.

Not only do they take up space and result in low storage, which can slow your phone down, but they can also generate background processes – and when layered on top of one another, these processes put a huge amount of strain on your phone’s last-gen processing power, and could be at the heart of any stutters you experience.

Apps also keep growing the more you use them. All those gifs, pictures and video clips you share and receive in WhatsApp, for example, are saved on your phone’s finite storage until the app is uninstalled and its data cleared.

How to uninstall storage-hungry apps

iOS and Android both have storage menus in the settings. These display information about how your storage is faring, and what type of content is filling it up.

This should be the first step before uninstalling anything, as it’s where you can see how big apps are and what’s taking up the most space.

If you have an Android One phone like the Moto One or Nokia 7.1, or a handset that runs stock Android, like the Google Pixel 3, everything you need is nested neatly in the storage menu.

Google helpfully illustrates how much space is taken by ‘Games’, ‘Movie and TV apps’ and ‘Other apps’.

Each of these can be tapped for a full breakdown, where you can also see exactly how much space each app is using.

Samsung phones, like the excellent Galaxy Note 9 or Galaxy S9, feature a ‘Device Maintenance’ section within the settings that does a similar job, while Huawei phones like the Mate 20 Pro have a ‘Cleanup’ tool within the storage page.

For iPhones, within iOS, Apple has a smart way of getting rid of unused apps to keep things running smoothly. It ‘Offloads them’, uninstalling them while keeping your data safe, and automatically doing so when you haven’t used an app for a long time.

This can be accessed in the settings, under ‘General’, in the sub-menu titled ‘iPhone Storage’, or if it’s not a recommendation heading to ‘iTunes and App Store’ in the settings menu will give the option to turn this feature on and off.

5. Install light versions of your favorite apps (Android) or use web apps

Software providers such as Facebook, Line and Microsoft create streamlined versions of frequently installed apps so that users who have older or lower-capacity devices can still enjoy their software – what many people don’t know is that many of these are simply repackaged versions of their mobile-optimized websites.

Apps are like ever-inflating balloons, so while they may only take up a few MB when they’re first installed, the more you use them the bigger they get.

Not only are light – or ‘lite’ – versions of these apps smaller, they also hold onto less high-capacity content, ‘inflating’ more slowly than their full-fat alternat

How to install light apps

If you have a compatible Android phone this one’s a piece of cake – just open up the Google Play Store, look for one of the following applications, then hit the install button:

If you find a light version of any app that you want to install, be sure to uninstall or disable its full-fat alternative.

If you have an Android phone or iPhone that doesn’t support light versions of popular apps, fear not – simply use the web-based version of popular sites and services to save a huge amount of storage.

These can be saved as favorites for easy access – and they’re now actually referred to as ‘web apps’, as they deliver such a good experience. 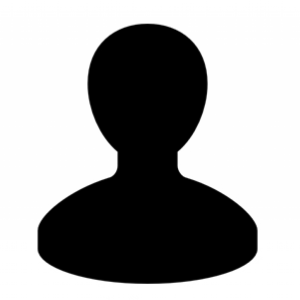 My name Rajesh Kumar. I am a professional in tech expert and writer Reviews on last 5 year in Quora.
WhatsApp makes group calls still limited to four people